Looking at Neha’s bright eyes and brilliant smile today, you’d never know that she carries tragedy in her soul.  Asked about her parents, she draws a blank.  She was just 2 years old when her parents died.  Or, at least, that’s what she was told.  She grew up with her grandmother who told her coldly, “Your parents died. You need to forget about them.”

The reality?  Her mother had been a ritualized sex worker and no one knew who her father was.  At two years old, Neha’s mother died. Her grandmother took her in, provided a roof and one modest meal a day. Life was challenging. There was never enough money.  By the time she was 6 years old, Neha worked in the fields from sunrise until sundown.  The fields are never a safe place for young children, especially small, vulnerable girls.  Neha did the best she could to keep her head down, not be noticed by the older boys and men, and fill her vegetable picking quotas for the day.  Avoiding abuse became a way of life, her only way to survive.

And then the Covid pandemic hit.  There were no more buyers for the produce she picked in the fields, so her labor was no longer needed.  With money coming in, her one meal a day became one meal every other day.  In frustration and despair, her grandmother became angrier and angrier, often taking her anger out on sweet Neha. Hope gone. Starvation certain.  Death imminent.

By this time, Neha was nearly 8 years old.  She was the perfect age to offer up into the same sex trafficking her mother had succumbed to years earlier.  Her grandmother met with the village authorities in charge of grooming and preparing the young girls for this ancient trade.  Sure, it was endorsed by the religious leaders, but indeed it was trafficking and it is illegal in India. The economic impact of the pandemic increased human trafficking of all forms nationwide and globally.  Out of desperation, people began selling their women and children to buy food, secure housing, find some kind of security in a time filled with uncertainty and hopelessness. The final arrangements were made. Her grandmother would receive a generous stipend for Neha’s “service”. Neha would be “dedicated’ in just one week. Her fate sealed. Her future doomed. Her life chained.  But the cost to young Neha’s life would be an expense that cost her everything. 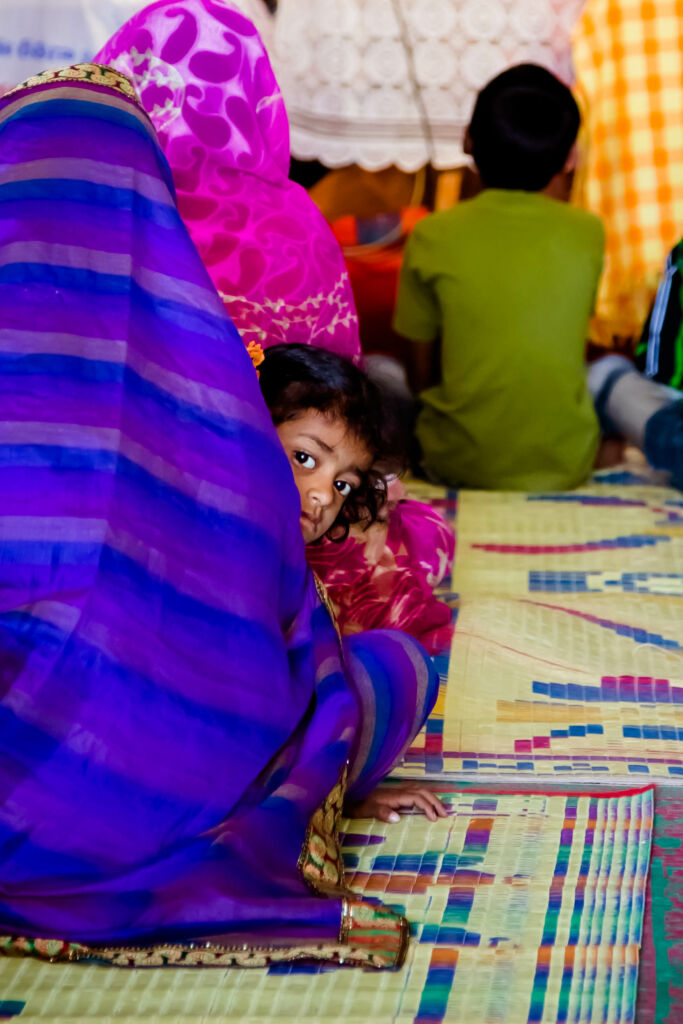 Thankfully, Hope Arrived.  A DFN social worker heard about Neha’s impending dedication and sought a meeting with Neha and her grandmother.  She used all her persuasive skills and logical arguments to convince Neha’s grandmother not to go through with it.  In addition, she offered Neha and her grandmother a guaranteed monthly food supply that would last as long as she needed it.  Stocked with rice, protein and vegetables, Grandma would have plenty to feed both of them.

But the best news?  DFN had a place reserved for Neha in their shelter home.  It would be a place where Neha would be safe and sound from sexual slavery.  She would no longer be a victim of selfish, pandemic-induced human trafficking.  She could go to school.  Eat healthy food.  Learn the English language.  She could even go to college and get a job that would help support her family and others in need.  Neha’s future suddenly looks a whole lot brighter!

With a bright and yet tentative smile on her face, Grandma agreed to send Neha to the DFN shelter.  It was Neha’s chance at a promising future.  Hope restored. Life renewed. Neha now has wings to fly to new heights and new destinations limited only by her dreams.

Remember, Neha was days away from a dark and hopeless future. But because of compassionate people like you, Neha now has the chance to fly high and dream big dreams.  You ensure that Neha and others just like her never become the property of evil traffickers. You help girls like her realize their inherent dignity. You renew life, restore hope, and make every girl believe her tomorrow will be better than today.

Our stories are always real. We change names and photos to protect the dignity of those we serve.

Give a Girl Wings. She’ll fly